[ads1 id=”alignright”]Even though he is’t young anymore, Burt Reynolds has somehow managed to retain his rugged good looks over the years.

Although Burt Reynolds has been suspected of having gone under the knife, he actually claims that he has never turned to plastic surgery.

He has denied rumors that claim that he has undergone blepharoplasty, a facelift and even multiple hair transplants.

In an interview with OK! Magazine, Burt Reynolds claimed that his face was “never lifted.” According to him, his father also had smooth skin like his, and he inherited it from his dad. Burt assures that if he had undergone a facelift, he would have come out with the truth. Despite Burt’s claims, plastic surgery experts are not convinced.

Dr. David Shafer, a New York-based celebrity plastic surgeon, explains that even if Burt has not gone under the knife, he may have had his face rejuvenated with the use of Botox and dermal filler.

However, Burt’s denials of the alleged facelift do not extend towards the blepharoplasty he is suspected of having undergone since he had admitted to it himself.

Apparently, filming so many fight scenes throughout his career had done damage to his eyes, which had got corrected with a blepharoplasty, a plastic surgery that corrects defects and deformities of the eyelids.

Burt Reynolds claims that the fist fights that his characters had been involved in left “terrible sacks” under his eyes. It is understandable that he had to undergo blepharoplasty for corrective purposes. 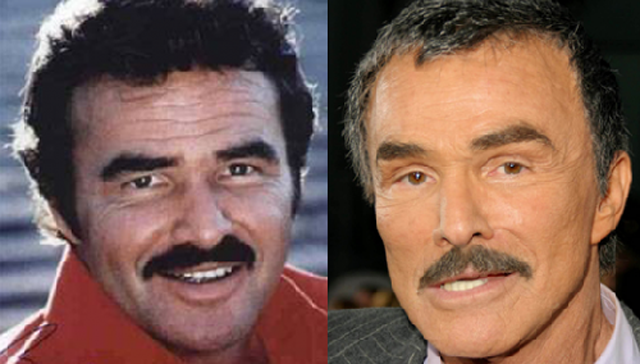 Burt Reynolds Facelift Plastic Surgery Before and After

However, that still does not let him off the hook for the alleged facelift. According, Dr. Anthony Youn, a plastic surgeon, the excessive tightness and “sweeping” appearance of his cheeks are not possible at his age unless he had undergone a facelift.

Dr. Anthony Youn is very certain that Burt Reynolds is lying that he has not had a facelift because even though he does not look like his former self, he somehow looks quite good looking and young for his age.