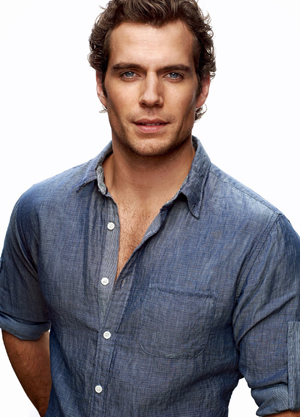 Henry Cavill Dated:
• Ellen Whitaker (2009-2012) – These two met during one of Ellen’s horse shows and immediately hit it off. Even though they got engaged in 2011, they unfortunately broke off in 2012.
• Gina Carano (2012-2013) – It wasn’t long after breaking up with Ellen Whitaker that henry found himself into the arms of Gina Carano with whom he had a relationship that lasted almost an entire year.
• Kaley Cuoco (2013) – henry and Kaley have been seen together on several occasions but their relationship didn’t last more than a couple of weeks.

First Film: Henry’s first film was ‘Laguna’ in 2001, where he played the role of Thomas Aprea.

First TV Appearance: His first TV appearance happened in 2002 when he guest starred in BBC’s ‘The Inspector Lynley Mysteries’.

Personal Trainer: You can tell Henry does a lot of working out just by looking at him. To help him meet his goals, Henry works with personal trainer Mark Twight, who helped him achieve that Superman body everybody is talking about.