[ads1 id=”alignright”]There was a time when a celebrity coming out as gay was viewed as big news, a time when they would have been praised for their courage.

Their photo would have been on the front page of all major magazines and tabloids, and people would debate them or their lifestyle.

Nowadays, the entire affair is much easier, especially because of how understanding our society has become over time.

Even so, there have been many celebrities who unexpectedly came out as gay over the years, some of which deemed 100% straight by their fans and journalists. It is therefore understandable why some of them take as much time as they do coming out, and we’ll take a look at who they are, who they were, and the way they came out at the time.

Zachary came out in an interview with the New York Magazine, an interview in which he admitted he was gay straight forward. Furthermore, Zachary even wrote an article ‘life as a gay man’, explaining things from his perspective.

News of his coming out reached fans and movie-goers everywhere very quickly, and they each had something to say about it. There is no way of telling how Star Trek fans will view next renditions of the movie in the future, now that they know Spock is gay. 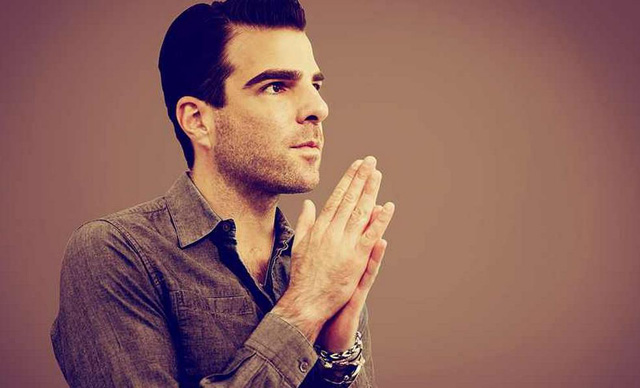 This guy waited until he got out of a federal prison to come out of the closet. Even though the prison was fictional, the closet was not. Known as a tough, macho guy, Wentworth raised a lot of eyebrows when he finally came out in 2013, as it was one of the most unexpected events of the year.

Invited by the St. Petersburg International Film Festival to attend this year’s event, Wentworth refused in a letter explaining why he couldn’t do that as a gay man following Russia’s anti-gay propaganda laws that were instated earlier this year. Wanda is undoubtedly one of the funniest women in Hollywood at the moment. Her sexual orientation became public in 2006, when she attended a gathering in Las Vegas at which she addressed the crowd regarding the passing of Prop 8 in California, a law that refused gays the right to get married.

Wanda claims that her sexual orientation has always been known to her friends and family, and that people shouldn’t make such a big fuss about it. Wanda married her partner Alex anyway, and they even have twins together. People recognize Neil from TV show ‘How I Met Your Mother’, a show in which he plays Barney Stinson, an incurable womanizer. It is strangely funny that someone who manages to play such a womanizing character is in fact gay.

This shouldn’t come as too much of a surprise however, as he is, regardless of his sexual orientation, a very talented actor. This being said, there were many people who refused to believe the news when Neil finally came out in 2006, because that’s how good of an actor he really is. Sir Elton John’s gayness may be of no surprise today, but there were times in the 1970’s when the famous music artist kept it a secret. Initially, Elton claimed that he was a bisexual man, and it wasn’t until after he broke up with his wife Renate Blauel that he admitted he was gay. Elton spent most of his life in the closet, which caused a lot of depression and distress for the artist. Speaking about it many years later, Elton revealed that there is nothing worse than being afraid of who you are. When news of Ricky Martin’s homosexuality hit the public, most people thought it was some sort of joke. Nobody could imagine at the time that such a well-established sex-symbol could possibly be gay. Ricky broke the hearts of millions of women from all over the world in 2010 when he finally came to terms with his homosexuality.

Even so, Ricky claims that for the first time in his life, he can feel absolutely confident with himself, and that he couldn’t be happier. Still, Ricky took his sweet time to come out of the closet, which can also be said about the next name on our list. Just like in Elton’s case, it feels strange talking about a straight Ellen. Still, before 1997 nobody knew she was gay. It wasn’t until she wrote herself gay into the script of the show she was filming at the time that she was able to finally shed some light on the subject.

Ellen says that she came out not to make any sort of political statement, but to be finally at peace with who she really is. Ellen has been around for quite a while now, so whatever the reasons were for her waiting until 1997 to come out, they must have been pretty good ones indeed. Amber started to make a name for herself when she was just 24 years old, and has been building on her success ever since. Initially, it was thought about Amber that she is bisexual, a fact that she neither confirm or deny at the time.

It wasn’t until 2010 that she came out as a lesbian, when she attended a party with her girlfriend, Tasya van Ree. When news of her sexual orientation made the papers, you could hear the collective noise of a million straight men sighing in disbelief.