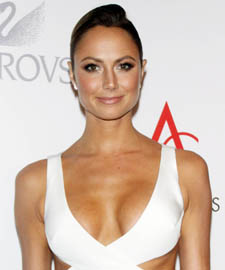 Best known for: Her work with World Championship Wrestling (WCW) and World Wrestling Entertainment (WWE), and also for her relationship with George Clooney

First Film: She made her debut on the big screen in 1998 with her role as ‘blonde girl in a bus’ in ‘Pecker’

First TV appearance: Her television debut came in 2006 as herself in the second season of ‘Dancing with the Stars’

Personal trainer: She works out under the guidance of Juliet Kaska who has been her personal trainer for quite some time now. She also does yoga in her spare time.