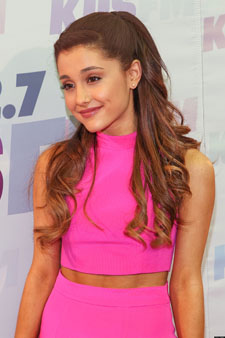 Best known for: Her role as Cat Valentine in Nickelodeon’s ‘Victorious’

First Film: Her debut on the big screen came in 2013 when she played Amanda Benson in ‘Swindle’.

First TV appearance: Ariana made her TV debut in 2009 with the role as Bat Mitzvah Riffer in an episode of ‘The Battery’s Down’.

Personal trainer: Ariana is a big fan of working out, mainly elliptical workouts. She appears to put most of her focus on cardio and dancing. To our knowledge, she doesn’t employ the services of any personal trainer.