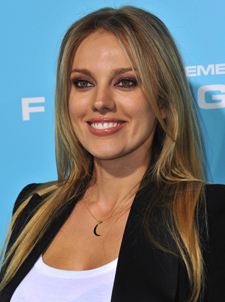 Best known for: Her work as a model and for her appearance in films like ‘Pain & Gain’ and ‘Million Dollar Arm’

Bar Paly Dated:
Although she is married, Bar does a good job at keeping her personal life private

First Film: She made her debut on the big screen in 2008 with her appearance in the horror film ‘The Ruins’

First TV appearance: Her television debut came in 2007 when she appeared as Mia Opal in an episode of ‘CSI: NY’

Personal trainer: Even though it doesn’t appear that Bar has a personal trainer, she does live a very active lifestyle and works out as often as possible.