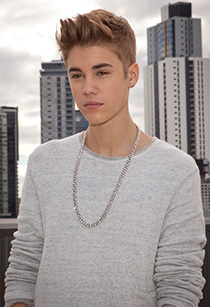 Best known for: His debut album called ‘My World’ which featured the single ‘Baby’, a song that released worldwide popularity after its release.

Justin Bieber Dated:
• Selena Gomez (2010-2012) – Justin met Selena through his manager, and started dating shortly afterwards. They eventually put an end to their relationship in 2012.
• Jordan Ozuna (2013) – Justin had a short fling with Jordan Ozuna, but broke up with the model on a short notice.
• Ashley Moore (2013) – Shortly after his fling with Jordan Ozuna, Justin was seen in the company of another model, Ashley Moore.

First Album: Justin’s debut album was made of two parts: My World and My World 2.0, both being very well received albums worldwide.

Personal trainer: You can see just by looking at Justin that he spends a lot of time at the gym. To achieve his desired body, Justin hired personal trainer Dolvett Quince. Check out his workout routine.