[ads1 id=”alignright”]We have all heard about the obscene amounts of money given to famous actors by studios to be part of their projects.

Sometimes, the biggest part of a movie’s budget is reserved for the main protagonist or the supporting roles. To some extent, most actors make a living out of the money they receive as part of their contract.

There are some actors, however, who would have no problems making ends meet if they suddenly stopped making movies.

Of course, most actors would tell you that making art is more important than getting paid, and they’re all full of it. Still, there are a few who could not literally care less about what studios are paying them because of the wealth they acquired before they were famous, and here they are.

We all know her from comedies such as ‘Seinfeld’ and ‘The new adventures of old Christine’, but few people know about Julia’s rich heritage. You see, Julia is the daughter of Gerard Louis-Dreyfus, a French billionaire who used to be the chairman of Louis Dreyfus Energy Services. As a matter of fact, Julia’s family has been wealthy since the 1850’s when her grandfather founded the Louis Dreyfus Group. Chevy’s father was a magazine writer and a book editor, and a very successful one. His mother was also wealthy, as she was raised by Cornelius Vanderblit Crane, the heir of Crane Plumbing, a very lucrative business. In fact, Chevy’s entire family history revolves around wealth, as most of his ancestors were successful businessmen dating back to the 16th century. Paul is a reputable and capable actor, so he is no stranger to wealth. Even so, if Paul was to stop making movies tomorrow, he would still be a wealthy man. The Giamatti family draws its wealth from Paul’s father who was a professor of Italian Literature at Yale before becoming the university’s president. Later in life, he was also the president and commissioner of the MLB. Anderson Cooper strikes people as successful and composed because this is exactly how he is. Despite his self-made fortune, Anderson Cooper is also part of a very wealthy family. His mother Gloria Vanderblit for example, is heiress to the Vanderblit family fortune. Anderson’s great-great-grandfather Cornelius Vanderblit gathered an impressive wealth due to his involvement in the shipping and railroad industries. Julian isn’t just the lead singer of ‘The Strokes’, he is also the son of a billionaire. His father built Elite Model Management, one of the biggest model management companies in the world. Growing up, Julian was so wealthy that he could afford switching schools every once in a while, and don’t think for a second that we’re talking about public schools. Carly is a well established celebrity in her own right, and has acquired a more than decent personal fortune on her own. Even so, Carly’s father is the co-founder of Simon & Schuster publishing, one of the biggest publishing empires in the world. Carly is a successful singer and a reputable artist, traits that she definitely didn’t develop while the exclusive Riverdale Country School while growing up. Little known fact, Rooney Mara’s great-grandfather was the founder of football team Pittsburgh Steelers. In fact, most of her family is involved with the sport, and she has real problems distancing herself from it. Although a pretty accomplished actress by her own means, the fact that her family is a powerful football dynasty means that she would have no money problems whatsoever if she were to quit her day job any time soon. Glenn isn’t just some actress, she is one of the best actresses who have ever lived. Glenn always had a passion for cinematography and art growing up, but it’s hard to understand where she gets it from. We say this because her grandfather was a stockbroker, her grandmother was the director of AHA (American Hospital Association), and her father was the personal physician of Mobutu Sese Seko, President of Congo. Michelle’s father is a stocks & commodities trader, and a very successful one actually. So successful in fact, that he ran for the United States Senate twice until now. Michelle doesn’t talk much about the impact that her father’s wealth had on her development as an actress and a woman, although some voices close to her claim that her father wanted her to choose a career much closer to his. Funny enough, Armie played the wealthy Winklevoss twins in ‘The Social Network’, which is a role that fits him perfectly on a personal level. We aren’t trying to say that he lacks the talent to play such a role, but we can’t help but notice how much the character(s) he played in the movie resemble his personal life. Armie’s great-grandfather is a well known oil tycoon, art collector, and philanthropist. This being said, Armie doesn’t really live paycheck-to-paycheck, but it’s still nice to have your merits acknowledged from time to time. 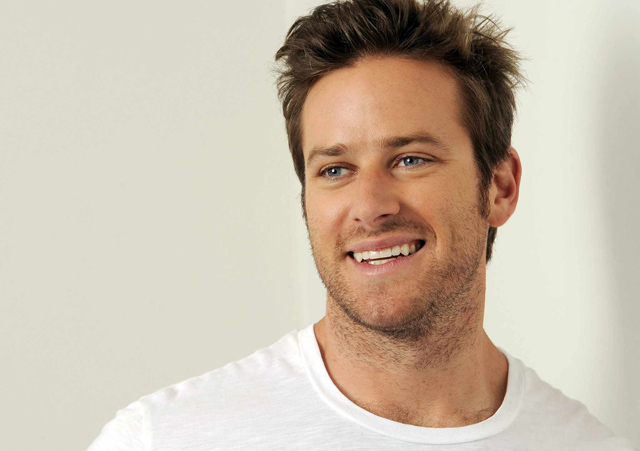