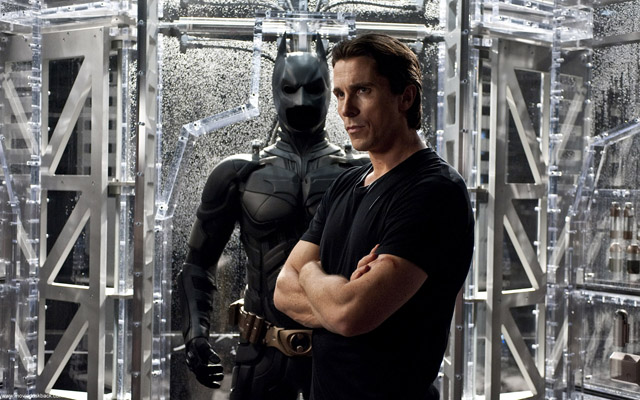 [ads1 id=”alignright”]One of the challenges Christian Bale faced when preparing for the role of Batman was to increase his weight from 121 pounds to 230 pounds over the course of six months.

Judging by the immense popularity of the movie, it would be safe to say that he managed to meet his character’s requirements rather well. One of the reasons why all this buffing was necessary was because of Batman’s nature.

When people go to see a Batman movie, they’re not expecting the protagonist to display superhuman powers. So unlike Superman, a movie portraying Batman was supposed to show the audience a normal human being who takes great care of his body.

A few years ago Christian Bale went through another transformation, only that time he was required to lose weight. We are, of course, talking about ‘The Machinist‘, a movie for which Christian had to lose 63 pounds in less than three months. Because of how determined he was to fit the exact profile of his character, Christian almost starved himself to death. By the time filming started, Christian dropped from 184 pounds to just 121 pounds at an alarming rate. Because of this, he developed short-term medical issues that were eventually resolved after the filming was done.

For his Batman role, Christian had to acquire a lean, ripped, and toned body. In order to achieve such a body, he had to perform intense and extensive workout sessions, with focus being put on weight training. Because his character was also supposed to be agile, Christian did a lot of martial arts training, which is a discipline that interests him during his day to day life as well. This training was usually accompanied by compounded weight bearing exercises designed to define his muscle mass. On top of all this, Christian did plenty of squats to tone his legs and thighs, and it only takes one look at his interpretation to realize that it has been all worth it.

During his first day, Christian did a lot of explosive high pull ups, cleans & press, chin-ips, bent rows squats, and weight lifting. This was required for him to bulk up his core. His second day was all about squat jumps, sprinting, high pulls, and reverse lunges. On his third day, he focused on strength alone, which explains why he did a lot of push-ups, dumbbell flyes, dead-lifts, and close grip pull downs.

Last but not least, on the fourth scheduled day, he did a lot of stretching and swimming. This last part of the overall routine was designed to increase endurance and build stamina. Looking at pictures of Christian Bale from before the workout, you would hardly believe that all that progress was made over the course of three months.